Based in Bremen in northern Germany, Hachez is (after Lindt) the second largest German manufacturer of chocolate products.

History
The company was founded by Joseph Emile Hachez in 1890. The Westerstrasse headquarters was located in the centre of Bremen. In the year of 1923, Hachez was walking and took notice of the autumn leaves. It inspired him to recreate the chocolate to look similar to the leaves he had seen earlier.

Production
The cocoa that is used comes from the world's leading growing regions, but it mainly comes from South America. The flavor is being extracted, the hot-air currents are used in traditional roasting drums. When the cocoa is ground and rolled, it is an average diameter of 0.0010 to 0.0014 mm. The conching of the cocoa then takes place for up to 72 hours. The confectioners then handcraft the various sweets that are produced. Altogether, it takes over 100 hours to produce and complete the finished product.

Products
It produces a range of products containing either 55.5, 77, or 88% cocoa solids. Within the German market, Hachez is notable for its unusual flavouring combinations. Currently available varieties include salted peanut and strawberry and green pepper. 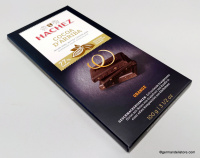 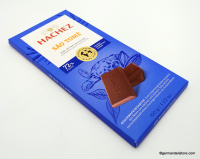 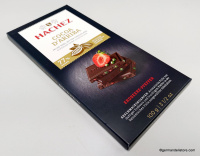 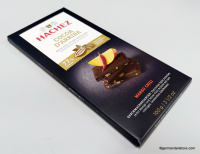 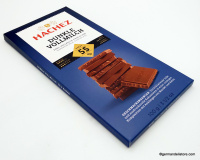 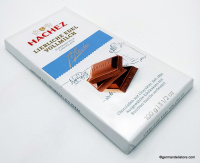 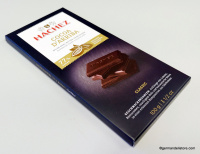