The Dr. Quendt GmbH & Co. KG is a Dresden-based company in the food industry. It manufactures mainly Russian bread, stollen, wafers and Dinkelchen.
In 1876 the "Original Viennese Waffle, Hohlhippen-, Bisquit- etc. Special Factory" in Plauen were faunded by the Austrian Wenzel Hromadka and the merchant Heinrich Vollmann.
After several changes of ownership and the gradual expansion of the production facility they was partially destroyed in 1945 during Bomber attacks in World War II, in 1946 the factory was rebuilt and could produce.
In 1972 the complete nationalization VEB Rubro was done as a nationally-owned company, in 1974 this became part of the VEB Dauerbackwaren Dresden as part of the collective combine formation.

Filter
Close filters
No results were found for the filter!
NEW 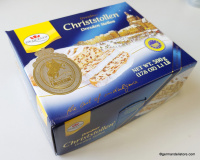 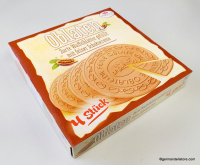 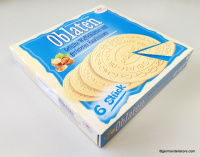 Dr.Quendt Oblaten Haselnuss - Hazelnut Oblaten...
Dr. Quendt Oblaten Rounds are produced in accordance to a Dredner baking tradition. These wafers by Dr. Quendt have a diameter of about 18 cm and the filling is a combination of hazelnuts and butter. This fine pastry is ideal when served...
Content 0.15 Kilogram ($33.27 * / 1 Kilogram)
$4.99 * 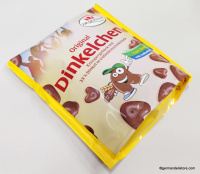 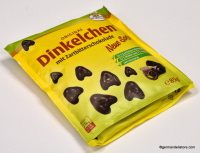