In 1900 Edmund Münster from Germany took over a liquorice company, “Düsseldorfer Lakritzenwerk”. Until the early 1930’s, liquorice products took centre stage above the rest of the sweet market. Then in 1930/1931 Edmund Münster acquired the foreign licence to produce a fruity chew with the brand name MAOAM.

With a letter dated 21/08/1930, Edmund Münster applied to the district council to copyright the product MAOAM (a chew without gum, made of sugar, syrup and other ingredients). After the chew was made it was then wrapped in wax paper. There were 5 chews in each pack and 50 packs in each box. The copyright was related to the name, the product, the packaging and was extended to potential copies from liquorice, cocoa, sugar and bakery products.

In 1986, Bonn confectionery producer HARIBO appeared on the scene and acquired the Edmund Münster company, which had in the meantime moved its production facilities to modern works in Neuss. The trade mark rights for MAOAM thus also passed to the HARIBO Group. 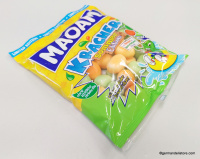 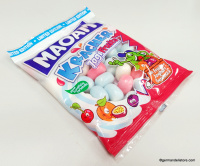 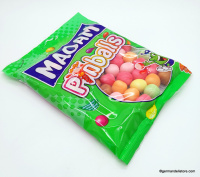 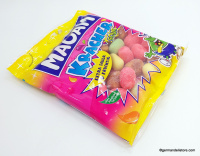 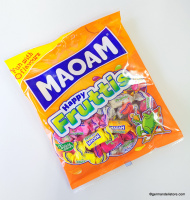 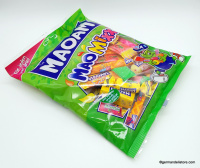 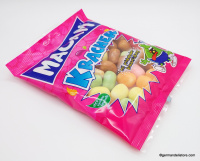 Maoam Bloxx - Fruity Chewy Candy (220g)
For over 80 years, the MAOAM Cubes are the top-selling chewy candies (or taffy) in Germany. In this p-pack, there are five different flavors such as cherry, raspberry, orange, lemon and Coke. These cubes stand for fruity delight and are...
Content 0.22 Kilogram ($15.41 * / 1 Kilogram)
$3.39 * 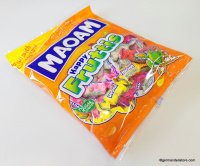