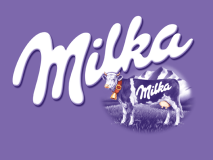 Milka is a traditional brand of chocolate confection, since October 2012 manufactured by Mondelēz International (formerly Kraft Foods). It is sold in bar form and in a variety of specialty shapes at Easter and Christmas. The brand also manufactures chocolate-covered cookies, snacks, and biscuits with their same Alpine milk chocolate.

On 17 November 1825, the Swiss chocolatier Philippe Suchard (1797–1884) established a pâtisserie in Neuchâtel, where he sold a hand-made dessert named chocolat fin de sa fabrique. The next year, Suchard decided to expand his company. He moved the production to a nearby village, Serrières, where he rented a vacant mill to produce the chocolate with the aid of a hydraulic wheel. With the help of the hydraulic wheel, chocolate could be manufactured at a rate of around 25-30 kg a day. At this time, the chocolate was a very dark and bitter candy because milk was typically only added to chocolate taken in the form of drinking chocolate. It wasn't until the 1890s that milk was added to Suchard's chocolates, leading to the creation of what would be closer known today as the Milka alpine milk chocolates.

Filter
Close filters
1 From 11
No results were found for the filter!
NEW 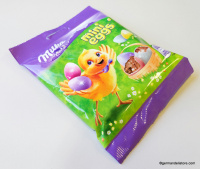 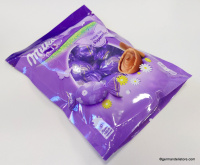 Milka Feine Eier Alpenmilch - Fine Eggs Alpine...
If you like Milka chocolate, you got to have these in your Easter-nest! The "Milka Fine Eggs Alpine Milk" are milk chocolate eggs made of finest Alpine Milk Chocolate, smooth and creamy! Store cool and dry. Net.Wt. 90g (3.2oz) Shipping...
Content 0.09 Kilogram ($47.67 * / 1 Kilogram)
$4.29 *
NEW 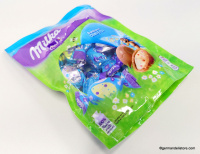 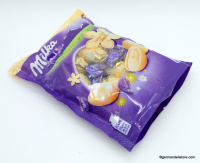 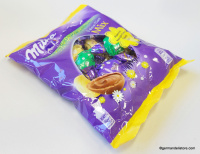 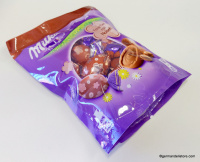 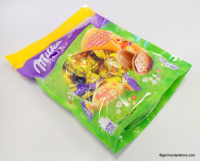 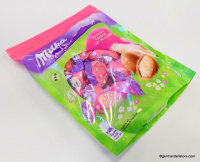 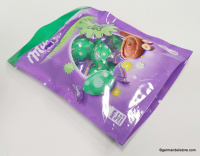