Nivea is a German personal care brand that specializes in skin- and body-care. It is owned by the Hamburg-based company Beiersdorf Global AG. The company was founded on March 28, 1882, by pharmacist Paul Carl Beiersdorf. In 1890, it was sold to Oscar Troplowitz. Troplowitz kept working with his scientific consultant Paul Gerson Unna and the German chemist Isaac Lifschütz on a new skin care cream. In 1900, Lifschütz developed a water-in-oil emulsion as a skin cream with Eucerit, the first stable emulsion of its kind. This was the basis for Eucerin and, later, Nivea. Nivea comes from the Latin word niveus/nivea/niveum, meaning 'snow-white'.

During the 1930s, Beiersdorf began producing such products as tanning oils, shaving creams, shampoo and facial cleanser and toners. The trademark "Nivea" was expropriated in many countries following World War II. Beiersdorf completed buying back the confiscated trademark rights in 1997. During the 1980s, the Nivea brand expanded into a wider global market.

Filter
Close filters
1 From 4
No results were found for the filter! 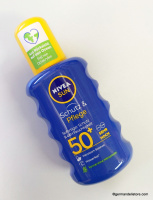 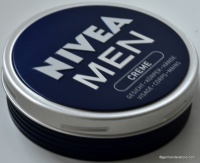 Nivea MEN Cream - Creme 150ml Tin
The "Nivea MEN Cream" immediately nourishes the skin with intensive moisture and protects it from drying out. Their formula, specially developed for men, is light and absorbs quickly without being greasy. Ideal for the face, body and...
Content 0.15 Liter ($45.93 * / 1 Liter)
$6.89 * 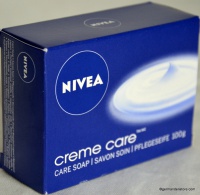