Due to the very high volume of orders, the processing of an order can currently take 5-7 days to dispatch. Thank you for your understanding.
Thank you for your loyalty. Have fun shopping at germandelistore.com
Categories
Information
Customer satisfaction VERY GOOD 4.94 / 5.00 from 54 Reviews

Ritter Sport is a brand of chocolate from the Alfred Ritter GmbH & Co. KG. Company which is headquartered in Waldenbuch, Germany.

In 1912, Alfred Ritter and newly wedded wife, Clara, founded a chocolate factory in Stuttgart-Bad Cannstatt. Later it introduced its own brand of chocolate named "Alrika (Alfred Ritter Cannstatt)." When production needs required a factory expansion, the company moved to Waldenbuch in 1930, a couple of miles outside Stuttgart. The chocolate brand Ritter's Sport Schokolade produced as the square tablet known today was launched in 1932 after Clara suggested creating a chocolate bar that would fit into every sport jacket pocket without breaking.

Filter
Close filters
1 From 5
No results were found for the filter!
NEW 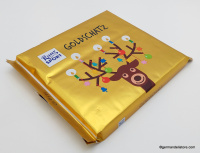 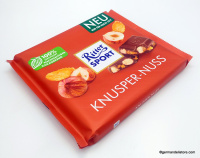 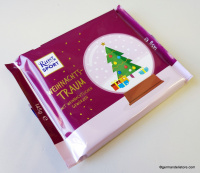 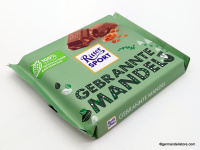 Ritter Sport Winter Edition - Caramelized...
With the delicious Winter Variety of "Ritter Sport Caramelized Almonds" now you can increase your anticipation: because at the thought of mulled wine, speculatius and Christmas markets it will be very warm your heart. In this Winter...
Content 0.1 Kilogram ($25.90 * / 1 Kilogram)
$2.59 * 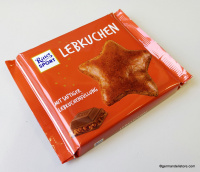 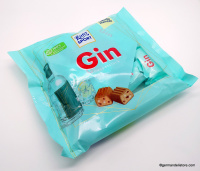 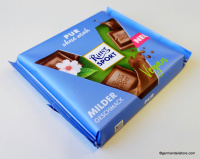 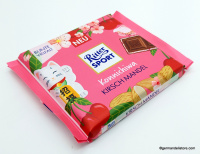 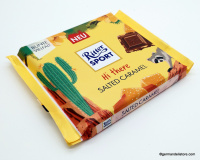 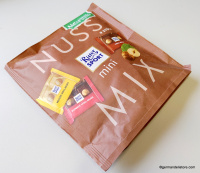 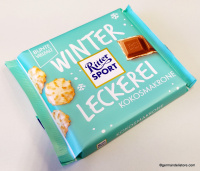