​As of July 1st, 2022, Our main shipping carrier "Deutsche Post" has announced far-reaching changes in the worldwide shipping of goods.
This mainly affects the shipping costs. We will inform you about the changes on our shipping informations site as soon as possible.
Categories
Information
Customer satisfaction VERY GOOD 4.95 / 5.00 from 55 Reviews

VEGANZ was founded in Berlin in 2011 and has become the market leader for vegan foods. VEGANZ supplies the retail Europe’s pioneer of vegan foods and runs some of its own vegan stores in carefully chosen locations.

The young company VEGANZ attaches the greatest importance to taste, sustainability and fairness. Vegan nutrition is the epitome of "Greenfood": plant-based and thus much more environmentally and animal friendly than "Bloodfood".

Filter
Close filters
No results were found for the filter! 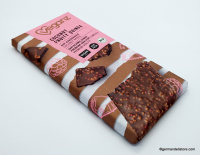 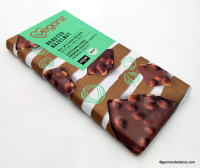 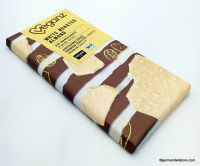 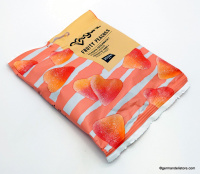 Veganz Gummi Bears - Vegan Fruit Gums 100g
The "Veganz Gummi Bears" are fruit gums with a fruity flavor. Bärenstark: Genuine gummy bear enjoyment, but without gelatin. A cheerful and colorful mixture with strawberry, orange and blackcurrant, apple and lemon flavor. Which one will...
Content 0.1 Kilogram ($34.90 * / 1 Kilogram)
$3.49 * 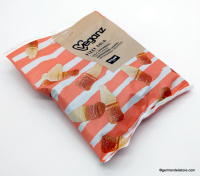 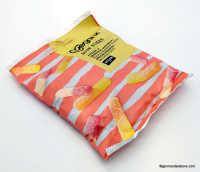